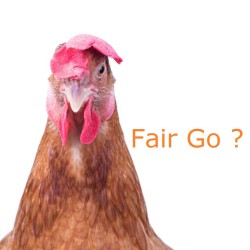 The recent case of Poultry Harvesting Pty Ltd, highlights how a justifiable reason for dismissal does not meet the requirements of a fair dismissal if a fair process has not been followed.

In this case ( [2015] FWC 3126) a worker was sacked for allegedly being intoxicated while at work and causing the death of 50 chickens. The decision to enforce the disciplinary action of summary dismissal was determined purely from listening to the witness of a co-worker. The co-worker believed the worker in question was intoxicated on the basis they were ‘passed out’ in the driver’s seat of a stationary truck. (Evidence was presented that the worker was asleep and not passed out. It was found to be a common occurrence that workers did sleep at certain times during their night shift.)

The decision to terminate employment was then communicated to the worker in question via phone by her manager, without the manager first attending on site to meet with the worker and assess the situation.

Approximately 45 min after the dismissal notice was issued, the manager did meet with the worker and smelled alcohol on her breath. Regardless of the manager believing the worker was intoxicated and in danger of creating an unsafe workplace for herself and others, the manager implicitly allowed the worker to continue to work (since there was no clear directive given about what the worker should do after being spoken to by the manager). In this instance the unfair dismissal claim was upheld because due process was not offered to the worker.

Whilst acknowledging Poultry Harvest is a small business without a dedicated Human Resources Department, best practice procedure would have been for the manager to meet with the worker and immediately do an initial assessment of the situation, then to ensure the safe passage of the worker from the workplace to their home. This action should have been followed by a formal request in writing for the worker to attend a performance meeting with the manager. The manager could then meet with the worker (and a support person if desired) and put to her the concerns that had been raised against her. The worker is entitled to a response and this should have been duly listened to and considered by the manager before making any decisions regarding disciplinary action.

The importance of having best practice policies (and following them) for performance management, disciplinary action and complaints handling cannot be underestimated.  Had this manager followed a procedurally fair process, the worker may still have been dismissed, but the employer would have had more protection from an unfair dismissal claim. This underlies the important of conducting proper workplace investigations.

The company did have a ‘zero tolerance’ policy in relation to drugs and alcohol in the workplace. However the Commission found this policy was not satisfactory and could not be relied upon as justification for dismissal. Reliance on the policy was not appropriate since the policy was more remedial in nature and it was not certain the worker knew about, had in fact seen, or had access to the policy. Any such policy should be both proactive and remedial and include assessment procedures to determine intoxication and fitness to work. Comments by the Commissioner regarding workplace policy indicate the need for businesses to review and update workplace polices including evidence of notification and training around policies and clear and easy access to policies by staff.

Why Negotiation & Conflict Resolution Can Elude Us

Are you ready to deal with your employee’s emotional storm?