Is A Party Held On Work Premises A Work Event? 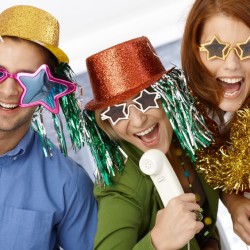 True: When the party does not form part of the worker’s course of employment and the employer does not organise or control the party and neither induces nor encourages a worker to attend the party.

Clear lessons can be learnt from the workers compensation case of a worker (Kathryn Hill) who attended a party in March 2004 at the premises of her employer (Pioneer Studios). The party was organised by a worker as part of his farewell. Pioneer Studios gave permission for the party to be held on the work premises but had no other input into organising or controlling the event. At the party, Ms Hill fell from down two flights of stairs sustaining serious head injuries.

Initially Ms Hill’s claim was denied with the NSW Workers Compensation Commission (NSW WCC) agreeing that the employer had no authority or control over the private function and determining the work premises had “become a place of entertainment, not of employment”.

However on appeal, it was found the employer was liable since there was a causal connection between the worker’s employment and her injury with Ms Hill believing the event to be work related.

On appeal, this decision was overturned on the basis that in the previous case, it was wrong to place such focus and emphasis on the employee’s perception that the event was work related.

Ms Hill then applied for special leave to appeal to the High Court. The decision to grant leave was deferred until a ruling was available in the case of Comcare v PVYW [2013] HCA 4. (This case determined that a Commonwealth worker who suffered injuries while having sex in a motel room during a work trip was not entitled to workers compensation.) On the basis of this court decision, Ms Hill’s application for appeal was dismissed.

What can employers learn from this and other similar cases?

–        There is a strong need to eliminate as many risks as possible of there being considered any causal connection between the party/event and the worker’s course of employment;

–        No team leader, supervisor, manager or director should invite workers to a party or encourage or urge workers to attend an event;

–        The party or event should not be discussed, viewed or advertised as a work function, team building activity or opportunity to get to know fellow workers (as a benefit for the worker or for the business);

–        No worker should be made to feel isolated or  that they are a ‘poor team player’ for not wanting to attend a function;

–        The employer should not allow the email system to be used to invite workers to an event nor allow posters or advertising of the event in the workplace; and

–        There is a need to question how many and what type of resources the employer is providing to support the party/event. What level of contribution could be seen as significant and valuable such that workers believe the event to be work related?

Of course, even with all of these related issues taken into consideration, the decision to allow a party on work premises or not needs to be weighed up against the potential difficulties that could arise if an event should in fact occur.