Minor Breaches Of Policies And Procedures 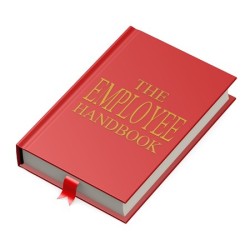 There are many benefits to implementing policies and procedures in the workplace. One of these benefits includes allowing an organisation to effectively control and manage its workforce. However, the workplace is no exception to the old adage, rules are made to be broken.

It is a practical reality that a percentage of a company’s workforce will make minor policy breaches – after all, we are all human. Regardless of whether the breaches are inadvertent or intentional, the employer must be equipped to manage these breaches. When a serious breach occurs, the course of action, whilst unpleasant, is often clear. However when minor breaches of policies occur, disciplining employees becomes challenging: Does an employer let it slide? Do they draw attention to the breach? Do they issue a warning? How many minor breaches constitutes too many?

The following case grapples with many of these questions and provides a good indication of the scope of an employer’s discretion.

The Fair Work Commission dismissed an unfair dismissal claim in January, holding that a Linfox employee failed to obey lawful and reasonable requests made of him by his employer.

Linfox submitted to the Commission that the employee breached a number of the company’s policies, listed below:

He was subsequently stood down on full pay until further notice.

The Commission ultimately held that although the individual instances concerning the employee’s conduct may not in isolation have justified his dismissal, there emerged a consistent pattern of behaviour, demonstrating disregard for and refusal to comply with the company’s policies and procedures.

Interestingly, the Commission strongly commented about how workplace social media policies can tie employees outside of working hours and it also held that the employee’s bullying counter claim was unsubstantiated, as there was not enough evidence submitted.

This case not only demonstrates the high evidentiary burden on the complainant to prove bullying allegations, but also presents us with a textbook example of how an employer may be protected by the law when they have lawfully and reasonably managed their workforce.