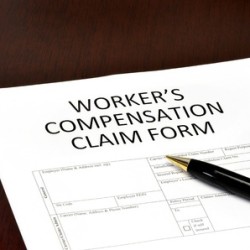 Employers are constantly required to balance competing priorities in the workplace, from ensuring that they are meeting their statutory occupational health and safety obligations by providing a safe working environment for their workforce, to running a commercially savvy, efficient and viable business.

Managing their employees’ injuries is an area where employers must face this balance head on and ensuring that the workforce is properly managed as well as looked after is key to balancing one’s statutory obligations with the direct and indirect costs of worker’s compensation.

The Administrative Appeals Tribunal recently heard a complaint brought by a worker whose request for worker’s compensation was denied. The Centrelink worker, who had a pre-existing ailment (chronic fatigue syndrome), made a claim for worker’s compensation for an aggravation of her ailment – an injury she claimed she suffered because of her employment due to being transferred between teams. Deputy President Constance considered in great detail whether the worker suffered an aggravation of an ailment within the meaning of the Act and whether the aggravation was significantly contributed to by the worker’s employment. In so doing, the Deputy President assessed whether reasonable administrative action was taken by Centrelink and whether this action was taken in a reasonable manner. Interestingly, the Deputy President’s judgment clearly relied upon and did not dispute contemporaneous notes taken of telephone conversations and meetings used as evidence.

The AAT held that the worker’s condition was indeed aggravated due to her transfer from one position to another. However the Deputy President ultimately found the employer was not liable for the aggravation of the worker’s condition. The AAT did not characterise the aggravation as an injury within the meaning of the Act because the employer acted in a reasonable manner and took reasonable management action thus there were no employers liabilities found.

It goes without saying that if an organisation’s policies and procedures are firmly in place and have been effectively communicated and implemented to the workforce, managing injured employees can be far less stressful for all parties involved; this will also further assist in encouraging a more harmonious workplace. However, there are a number of key lessons to take away from this recent case:

How to Manage Anonymous Workplace Complaints

What we can learn from New Jersey?